Why Bother with WiFi Site Surveys? 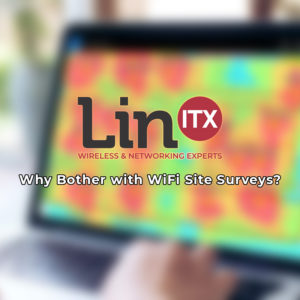 A recent phone call got us thinking about the perception of WiFi site surveys – are they really worth it?

An IT support company had recently managed to win a contract to install WiFi into a school, based on them supplying a quote using Ubiquiti UAPs. The school had originally been quoted £40K for an initial professional wireless survey, plus the design and supply of all the required Cisco wireless hardware and various PoE switches, followed by a final validation wireless survey.

This company had won the school over with the seemingly valid argument that they could do exactly the same for a lot less by switching to Ubiquiti UAP AC Lites instead.  Their quote came in at £5K. Which they had ‘sold’ to the school as having an identical end result, but at a saving of £35K.  Naturally the school bit their hands off and agreed to hand them the contract immediately.

Then they turned to LinITX for help with the question:  “If we send you over the plans of the school, could you tell us where to put all the APs and also tell us how many APs we need to buy from you?” They also told us that the other wireless company were quoting nearly £700 a day to do a 2-day wireless survey three times during the install process. They commented those surveys alone came to over £4K, which, if compared to their new quote of £5K for the whole deal, they suggested was a ridiculous amount of money for something that was as easy as just sticking up a load of APs around the school and if there are any problems, they could just fix the problem afterwards by adding more APs.

So, they stated, “All we need from you is an ‘all green’ heatmap showing where all the APs should be and therefore they would know how many to buy and could we do that and how much will that cost?” Adding a final comment that, as LinITX were supplying all the hardware, they were looking for a substantial discount on the wireless consultancy, in fact, should we not be doing the whole wireless design and heatmap report for free?

Where does one even start to respond to this mindset?

Firstly, WiFi site surveys ARE important and are just as important as spending time on the choice of hardware. If you are installing a single Ubiquiti UAP into a small business office or a small home, I agree that a site survey would be a very hard-sell to make a case for, but this is a school; the load demands placed on WiFi in schools and colleges is very high. How many small offices have you come across where you have 30 or more devices all logging into a Windows Domain controlled network, all downloading their profiles, all at exactly the same time and all in the same room?

The load on the network at the start of a lesson is very high; one single nearby Wireless Access Point is likely to be not enough and load sharing will often be required across multiple Access Points located within nearby range.  Those other Access Points are likely to be installed in other nearby classrooms, feeding signals into that classroom via the walls, windows and doors.  Or possibly through the ceiling and/or floor from another level above or below. Therefore, how strong will that secondary or Tertiary Access Point signal be?  Will it be strong enough to enable half or a third of the devices to connect to it?  Without a site survey, you would only know after spending a lot of time and money installing all the Access Points and then finding out it’s not working as you had hoped.

It can work out very expensive to move, replace or add additional Access Points afterwards when the complaints start rolling in from the customer that the “wifi doesn’t work”.  Quite often it’s not even a great idea to add more Access Points as that can actually even make the situation worse not better!

The correct approach is to obtain an accurate site plan of the building, perform an initial wireless site survey. This will assist with finding interference sources before they become a problem and help determine the exact attenuation characteristics of the walls, floors and doors on the site to effectively  ‘calibrate’  the walls and doors in predictive planning software such as Ekahau Pro. Using the Ekahau software, with all the attenuations correctly added into the floor plan, we can now much more quickly play the game of “what if” as with the building’s characteristics now in the software, we can add Access Points or move them around and see what the end effect is. We can change their transmit power levels. Change the radio channel and bandwidth to minimise airtime and maximise throughput. The various changes to this theoretical design as we move and change the APs settings can all be carried out from the comfort of the office and without any expensive changes being made on the customer’s site after it has all been already installed.

To ensure the calculated predictive design can deliver the customer’s requirements, we would also need to know the type of client devices that are likely to be used in each area, and their quantities.  The Ekahau software can then run reports on the proposed design and show if it meets the customer’s requirements. After that design has been actually implemented by installing and configuring it on the customer’s premises, it can even be surveyed again using the same Ekahau Pro software with SideKick to show if it actually does meet the customer’s original requirement for signal quality and throughput.  All of that work is much lower than the overall cost of making changes after an install.

In this case the IT company decided they could not afford our wireless surveying prices, so they went instead for a solution they had read about on the internet which went by the  name of “one AP per classroom“. The long list of problems that “one AP per classroom’ cause however are best left for another blog! 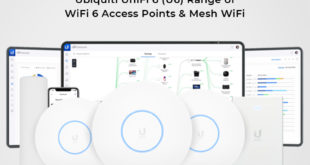